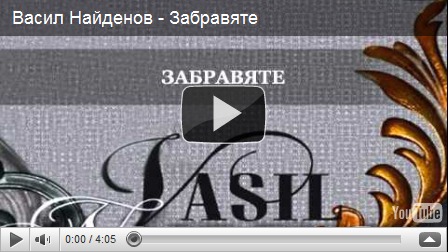 Plovdiv, Bulgaria: not a tip-up truck but a treasure - Telegraph

Plovdiv, Bulgaria: not a tip-up truck but a treasure

You can now fly directly to the Bulgarian city of Plovdiv. Jump at the chance, says Robert Nurden.

The sound of an aria from Verdi's Aida filled the sweltering Roman amphitheatre and hung in the hot night air. The audience fanned themselves with their programmes while a new moon edged above a distant mountain range.

As far as romantic settings go it was pretty spectacular. It could have been Verona's outdoor opera season, but rather than Italy, it was Bulgaria: the city of Plovdiv, which holds its own Verdi festival in its second-century auditorium every summer. And the mountains in question were not the Dolomites, but the Rhodopi, which run like an endless green ribbon to the south.

I taught English in Plovdiv for 18 months and came to love it, though when I tried describing this Balkan treasure to friends back home they giggled at the name. One thought it was a Russian tip-up truck.

I was not surprised when I heard that Ryanair had started direct twice-weekly flights from Stansted to Plovdiv. I would urge everyone to visit. For this is bohemian Bulgaria, where art and culture flourish amid Roman ruins and Thracian legends. Where people nod to say no and shake their heads to say yes. Where reticent Bulgaria becomes bold.

Plovdivians refer to themselves as the ailiatsi, or laid-back ones. There is certainly an unhurried confidence about them as they saunter down the mile-long pedestrianised main street, where the rationale for every shop seems to be the adornment of the female form – not that the beautiful women of Plovdiv need much help.

Part of my daily route to work took me along a Roman pavement, its original stones intact. To one side were perfectly preserved mosaics. And every morning a flower-seller propped her sprays on top of a broken ionic column of a long-forgotten pagan temple. With such historical backdrops, locals are justly proud of their heritage.

The main draw is the Old Town, which nestles on top of, and cascades down, three hills. There are Thracian and Greek remains alongside the Roman ones and they in turn lie next to, and beneath, 400 recently restored Revival-style houses, 19th-century wooden-frame constructions built by the emerging class of Bulgarian merchants who eventually saw off the Turks.

I remember remarking to my guide that they resembled Istanbul town houses. She flared: "These are Bulgarian houses. They are symbolic of our late Renaissance. There is nothing Turkish about them." I never slipped up over my history again.

The question of the 500-year Turkish domination of Bulgaria is a touchy one. Once, when I was forced to complain about the slow service in a café, the manager apologised and, with a wide grin, blamed it on the fact that Bulgaria had been under the Ottoman yoke for half a millennium.

The architectural stars are the houses of the merchants Balabanov, Hindlian and Georgiadi, now museums open to the public. Inside they are wood-panelled masterpieces, with the bedrooms tending to be downstairs. Every ceiling has its own exquisite carvings. One house has a 150-year-old marble Turkish bath with running hot and cold water; another a cute musicians' gallery;

Here, too, is the amphitheatre, discovered by accident in the Sixties under a 50ft-high pile of builders' rubble. Now it is the highlight of the city, with fabulous views of the mountains behind the ancient clock tower. It is used for military shows, jazz concerts, plays and opera. Nearby is the music school, where there are frequent performances of Bulgaria's unique brand of spine-tingling folk music. If you are lucky you will also catch the Hora, the traditional Thracian dance.

Art thrives in the city, with galleries and studios tucked down countless alcoves and alleyways. One warning: the streets in the Old Town are an uneven cobbled obstacle course and stout footwear is recommended.

It was at the highest point of the city, under the trees of an outdoor restaurant on steaming hot nights, that my Bulgarian friends and I used to cradle glasses of rakya, the local firewater, waiting for cooler air to come wafting up from the River Maritsa. We ordered mountains of grilled fresh fish and a bottle or two of white wine, knowing we had hours: book a table in Bulgaria and it is yours for the night.

And where to stay? I would recommend the Hebros, a classy boutique hotel. It's another Revival-style house, hushed and luxurious, with attentive staff padding across polished floorboards. I wasn't surprised to hear it had recently been voted Bulgaria's hotel of the year: after a busy day tramping the cobbles, sinking into a feather mattress is the best cure for aching ankles.

The city used to be called Philippopolis, after Philip II, who ruled this Thracian kingdom in the fourth century BC. His rather camp statue, in which it looks as if he is handing out Toblerone, dominates Jumiya Square. Next to it is the recently restored mosque, splendid in hues of steely blue.

For dinner, head for the folklore restaurant Veselo Selo (Happy Village). Here you can sample Bulgarian cuisine to the accompaniment of national song and dance. I once joined 30 others there for a birthday party. We sat at a trestle table, and were soon surrounded by plates of shopska (Bulgaria's signature salad consisting of tomatoes, cucumbers, peppers, onions and grated white cheese) and huge earthenware pots of stew, roasted peppers and bowls of yogurt.

Mavrud, the hearty red wine the host ordered, is believed to be the indigenous Thracian wine Homer refers to in The Iliad. After a few glasses, even I felt confident enough to join in the singing and dancing.

Plovdiv offers what must be the world's oddest location for an internet café. While sitting at a computer terminal, a user can look down on the Roman stadium, where lions once roared.

And in addition to its cultural heritage, it has a rich ethnic mixture, a result of a long policy of opening its doors to refugees, not least to the Armenians, of whom there is still a substantial number.

You can meet them at the Erevan restaurant, which doubles as a club for exiles. Popular dishes are mantu (stuffed pastry and chicken), keshkek (a meat-porridge dish) and mass pancake (chicken breasts, mushrooms, picked cucumber and herbs). Pride of place must go to the dessert anush abur, which is grain, dried fruit and rosewater.

My Bulgarian teacher's boyfriend once said to me: "I bet your friends in England don't know where Plovdiv is. Tell them to come. They can help us discover our past. Orpheus was a Thracian, and so was Spartacus. Maybe that's why we're a bit rebellious."

"So why do they shake their heads for yes and nod for no?" I ventured.

"Originally we wanted to confuse our oppressors," he said. "Now we just carry on for the hell of it."

Ryanair (www.ryanair.com) flies to Plovdiv from Stansted on Tuesdays and Saturdays. One way from £30. A taxi from the airport to the city centre costs 20 leva (£8).

Penka Koucheva (667929), 3 Borislav Street, charges £6 a night for a double room. A clean and simple guesthouse and great value for money.

Plovdiv Tourist Office (640750; www.plovdivguide.com) is in the Community and Business Centre, 6 Ravnishta Street. It can help with reservations for concerts in the amphitheatre.

@peirson
the statue in the old city of Plovdiv represents Tsanko Lavrenov (Цанко Лавренов).
you are reffering to this picture:
http://bg.wikipedia.org/wiki/Ф...
on another note plovdiv is the most fun city in bulgaria.

does anyone know what the statue of a man looking through a frame in the Saturday paper article on Plovdiv is?

Great article for a great city, although I found a couple of mistakes I believe you owe to misunderstanding :D
'Horo' is the general name for the tradition Bulgarian dance. It just has alot of variations - one for each Bulgarian region.
Citizens of Plovdiv call themselves 'maini' (sg. 'maina'), what you have here is more of an adjective derived from Turkish and originating from a town some 20 km south of Plovdiv.
Anyway, it is a splendid article all and all, noone should hesitate to visit Plovdiv given the chance :)

An informed native journalist told me that the city of Plovdiv is more than 4 thousand years old and the history has a dilemma between Plovdiv and a Greek city(which is only ruins and a place for tourist photo opporturnities) for the place of the oldest and most ancient city in Europe. What a sentence! So you can check your history books and correct them.
Here in the tourist information center I was presented this book that has the city restored in 3D illustrations so one can see what it was before, and I am Plovdiv-born man and never had seen it before, so you can check it. You're welcome to come and visit :)

I've been there, 3 times and love to go again, the athmsphere is amaizing, so beautiful so romantic, so wooow one of the best cities in europe and the oldest as far as i know, much older the Rome and Athens.....go check this tresure...

I'm a Plovdiv-born Armenian: thank you very much for this article! I actually learned a few new things from it!

A cool story about our city of Plovdiv: Not a tip-up truck but a treasure http://fb.me/J3OgT8Y6

Plovdiv, Bulgaria: not a tip-up truck but a treasure http://t.co/S8tEn6j via @Telegraph

Plovdiv, Bulgaria: not a tip-up truck but a treasure - Telegraph http://t.co/hxdCquq via @Telegraph

http://www.telegraph.co.uk/travel/citybreaks/8428870/Plovdiv-Bulgaria-not-a-tip-up-truck-but-a-treasure.html -a lovely article about Plovdiv

This is one of my next destinations. Plovdiv, Bulgaria: not a tip-up truck but a treasure - http://t.co/TasH7QJ via @verush83 @Telegraph

Plovdiv, Bulgaria: not a tip-up truck but a treasure - Telegraph http://t.co/pfF9773 via @Telegraph

RT @SearchRocks: Plovdiv, Bulgaria: not a tip-up truck but a treasure http://t.co/L62OfVd via @Telegraph

#Plovdiv, #Bulgaria: not name for a Soviet truck, but a treasure! - Telegraph http://t.co/xZqWcm9 via @Telegraph

Plovdiv, Bulgaria: not a tip-up truck but a treasure - Telegraph